It’s not a new disease, although social media certainly hasn’t helped any–this persistent feeling that whatever you’re doing, is not enough. It doesn’t matter that flipping through my bullet journal provides evidence that I did in fact do quite a few things this past week; it wasn’t enough things, or it was the wrong things, or….

Of course, there is no such thing as “enough,” and we know that, which makes it particularly annoying, on the lines of forgetting the thing we not only wrote down on the grocery list but circled to ensure that we would definitely not forget it. Really, brain? What in the world do I carry you around for, if this is all the use you’re going to be?

Thus far this weekend, I have been coping by means of buying food, making soup, and knitting. (I talked myself out of going to the yarn store; Farm & Fiber is coming up in a few weeks, and I will need my stash space then.) For today, that is enough.

My mother is visiting, so there isn’t much else going on this week. This picture was taken on a gorgeous calm afternoon at Monomoy National Wildlife Refuge. We walked on the beach (and in the water — brr) and kept saying, “Wow!”

It’s not a visit to the fair without pictures of fancy chickens. Given the New England weather for the past week, we were afraid we wouldn’t be able to go, but while the day was overcast and cool, it didn’t actually rain. I picked up yet another skein of alpaca yarn to be used for… something, someday, and we all enjoyed the usual traditions. The kids had a fine time.

Progress on the book continues — just going to pause and savor that for a second — as I have only fifty pages of revision still to go. No reason I should be back in new territory by the end of this week. I’ve got a little collection of ideas for the NaNo project as well, so am more confident that I won’t be plunging into that blindly.

The habit tracker is ticking over nicely these days. Everything is still going swimmingly.

Hello! Another week has gone by. It has on the whole been a good one. Next week will include the full onslaught of statistics, but for now I can say that I have spent some useful time with my notebook, sufficient that I feel comfortable getting back into the trenches at long last. Even better, I am starting to get the bare outline of an idea for NaNo this year, at a time when I was starting to worry that I was never going to have an idea again, ever (I worry about this regularly, despite the size of my “to be written” stack). It is still at the “two nouns and a hazy image” stage, but it will grow.

In other news, on Friday I went to the Climate Strike rally in Boston. I’ve been keeping my resource page updated as I come across things. 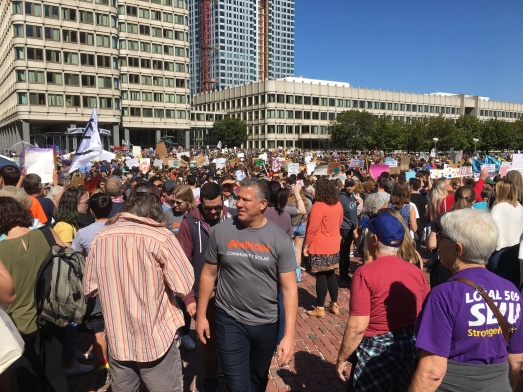 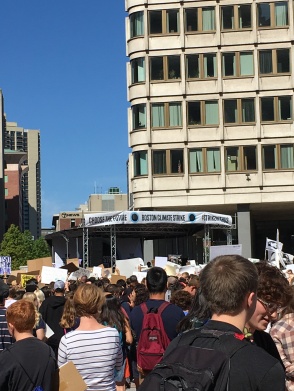 It was a great event, very inspiring. Have to keep it up, of course. 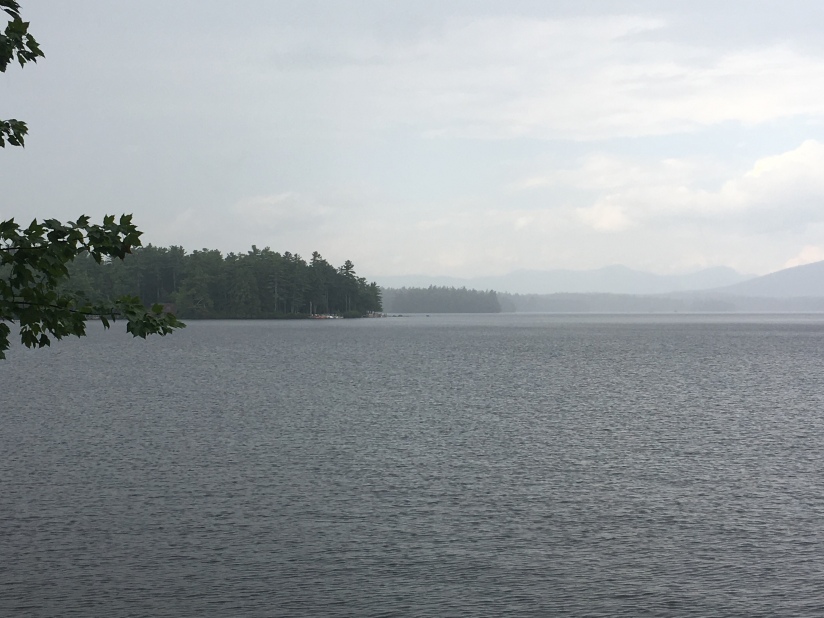 Last week I posted on FB to let people there know that I will be shutting down my account next weekend. This decision has been roughly a year in the making, but the slow drip of news about the company’s terrible practices finally outweighed the convenience of the site.

What’s weird is that this feels so momentous. It’s not as if I’m going off-grid, achieving some state in which I can only be contacted by magic spell. I’m ceasing to use one particular web site out of the millions in existence. I still have a blog (several blogs), email, a phone, an address. I look forward to writing more letters. I look forward to having one fewer direct line from my mind to someone else’s hand, pulling at my attention.

I came of age in the 90s. I’m not an early adopter, but I’ve spent my entire adult life on the internet, much of it in digital communities going back to Usenet. Maybe I’m just getting old, but those felt different from what we have now. Even when I was using it more enthusiastically, I’ve never entirely gotten the hang of “social” media. I don’t like how I feel while I’m using these sites, and I don’t like what the companies are doing to anyone.

I’m never sure what to write about here, so I tend to put off working on posts. Then the end of the week comes, and I still don’t have any ideas, and that’s how you get skipped weeks, like last week. The writing process is hilariously slow, and a lot of days just doesn’t seem like it would be interesting to anyone who isn’t in the throes of doing it themselves (and you already know what it’s like, so).

I’m 11k words into the new draft of Fairy Hills. The first bit went quickly enough, but now I’m into the part where everything needs to change, and it’s going to be slow going from here, I’m afraid — hopefully not eight years this time! I just need to keep chipping away at it, and eventually a book-shaped object will emerge.

Work has been exhausting, looking for a new job even more so, and the weather has been less than helpful. We’ve had endless rain, colder than usual temperatures, and very little sun.

I will try to think of something interesting to say for next time.